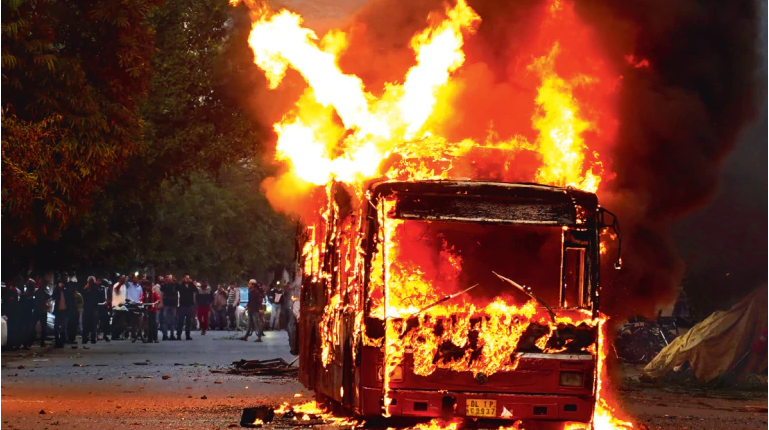 Some say they became large muslim mobs. After the extensive violence, with police chasing them, they ran into the university. GOOD THING – THE POLICE REPORTEDLY ENTERED THE UNIVERSITY TO CATCH THE STUDENTS AND THE LOCALS.

Jamia MIllia Islamia’s Vice Chancellor now claims that no students were involved? How does he know? Did he face the mobs like the police did? DId he see them in action?

Well done Delhi Police … they dealt with the situation with a firm hand and took many losses.