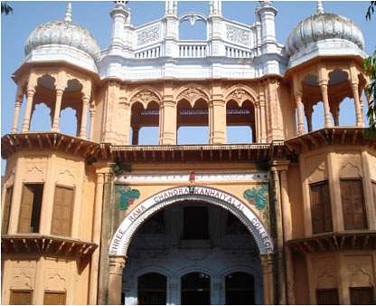 Schools and Colleges have required a dress code to ensure uniformity and equality at least when students are at the institution.

A Firzoabad college denied entry to some girl students as they were wearing Burqa – College administration said that the attire was not a part of the uniform. Since 11th September, only uniform which has been decided by the College will be allowed. The District Magistrate said this was an internal matter of College – the girls were told that they need to come in uniform and with ID. And NO ONE WAS FORCED TO REMOVE BURQAS – only asked to come in school uniforms. NO ONE WAS TOO UPSET AND STUDENTS FINALLY COMPLIED.

There are reports circulating that muslim majority colleges & universities – the famous Aligarh Muslim University in UP and Jamia Millia Islamia in Delhi have a dress code of Sherwani & Salwar Kameez. News reports appear conflicting whether these are required or not. Here also LOOKS LIKE NO ONE GOT UPSET OR FILED CASES.

Numerous high court cases have handed out judgements supporting the DRESS CODE REQUIREMENTS OF SCHOOLS & COLLEGES. And many countries including MUSLIM MAJORITY COUNTRIES HAVE BANNED HIJAB & BURQA IN WORK and/or IN PUBLIC.