SHOCKED TAMIL FIGHT BACK WITH #DONTGOBACKMODI 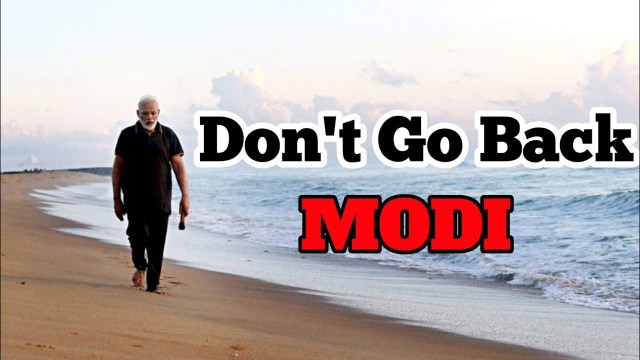 Tamils were shocked to see the #GOBACKMODI trending in the days leading up and during the initial part of the recently concluded India-China summit near Chennai. PM Modi was subject to this abuse before also, which no other Indian prime minister had to ever face.

Of all places in India, PM Modi chose Chennai to draw the nation and world’s attention to the 1000s year culture, arts and put the region on the global tourist map. PM also humbled the Tamilian by doing his part to cleanup Marina beach a Chennai landmark and the second longest in the world, and to highlight beach cleanliness. Some may say publicity stunt, but no politician till now has actually done this.

Seeing all the good coming out of the summit and being angry with the disrespect shown, Tamilians and others got the #DONTGOBACK to trend, disappointing his crtics and enemies – political opponents, some in media, jihadists, evangelical missionary groups and of course Pakistanis.