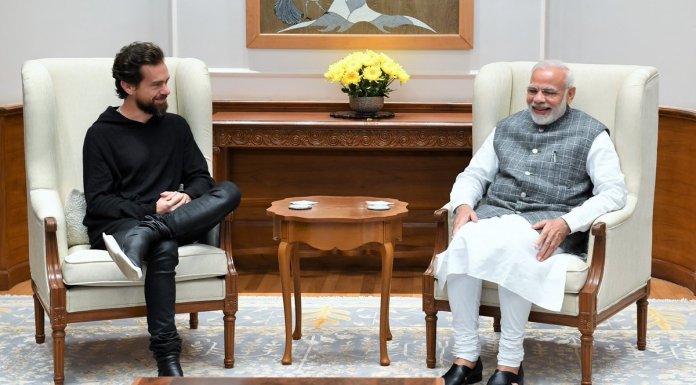 Twitter CEO, Jack Dorsey was on his first visit to India. While he was lucky to get his first meeting with PM Modi, most people feel he was rude and highly disrespectful of India and Prime Minister. The meeting had so many negatives:

* He was so so casually dressed – black hoodie or sweatshirt, casual or black leather pants, casual shoes.

* He took with him a Mahima Kaul, an employee who has been a strong Modi – hater.

It was not clear if one was going to the vegetable market, or to see a picture to meet one of the most important people in the world. Would he have done the same in meetings (if he got one) with the US President or heads of many other countries?

Was this a mistake or done on purpose by one who is nearly half the age of the Prime Minister? What was hoped to be achieved or what was achieved? Was it to show that the head of one minor social media company superior to Prime Minister of India?