After 70 Years – Why So Much Violence During Ram Navami? 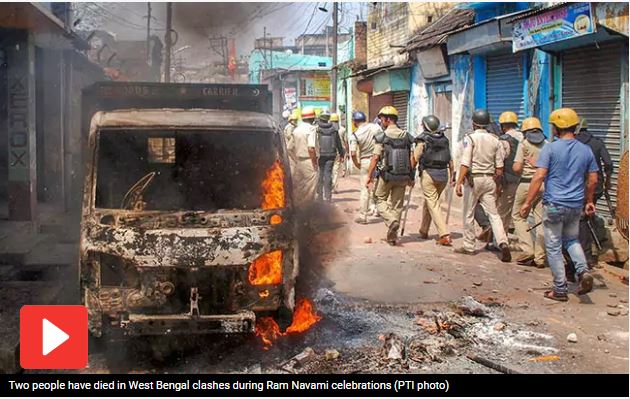 There were several reports of violence in different parts of the country which was in the midst of Ram Navami celebrations:

* West Bengal’s Raniganj and Asansol faced serious violence with at least 2 people dead, police officers injured and several shops burnt. There are reports that a police office lost their right hand as a bomb was thrown at them.

* In Jharkhand’s Bokaro and Hazaribagh district, there were stone throwing at the processions with an attempt to stop them.

* There are likely other smaller and unreported or locally reported incidents.

So one needs to ask why such repeated violence during auspicious celebrations? Are those groups of people trying to put a stop to these? Could this violence lead to a retaliation? These are questions we need to ask after 70 years of independence in a free and vibrant country.