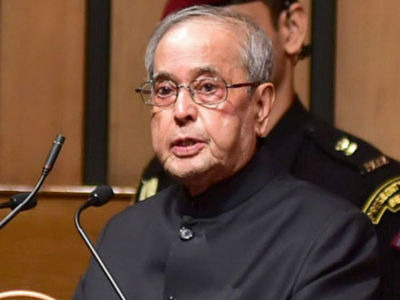 Former President of India, Pranab Mukherjee has accepted the invitation to speak at the convocation of RSS pracharaks… this is the RSS – which is the largest non-political organisation of its kind world over. The Congress party and all its leaders are shocked as Shri Mukherjee was with the Congress for over 50 years before being elected to become the President of India.

Congress which only highlights its secular credentials has decades, right from Nehru and Indira Gandhi been against the RSS and its ideology (no matter that it is all about nationalism), HAVE CONSIDERED THE ORGANISATION AS UNTOUCHABLE EVEN.

In recent years, the Congress party which has gone on to further please minorities and highlight its secular credentials. And as a result has been even more critical of the RSS – one is left to wonder if this is valid criticism, do they understand what this organisation’s goals are, what are its beliefs, what are its day to day activities, are they open and transparent or visible to the public, how do communities view them, what services and emergency assistance they provide and much else.

Congress leaders have now frantically written letters to the former President to cancel its acceptance, some are even suggesting as to what should be said during the convocation address. Most others are nervously waiting to hear the speech…