Have Jallikattu Protests Been Hijacked By Jihadists And Turned Anti-National? 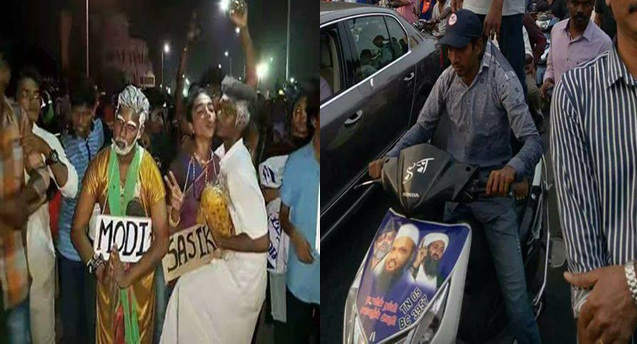 In a shocking turn of events – Jihadists, anti-national forces and others seeking a separate Tamil (or Ealam) land have hijacked these protests and taken a front stage. These new protesters can be charged with treason. They are snatching mikes away from students who bravely have led these protests. These groups who actually kill and eat the cow and bull are now pretending to protect the cow, but the real reason is to balkanize and weaken India. On group – the Naam Tamizhar Katchi is asking people to protest the Republic Day celebrations, wear black flags and not salute the national flag. The central government under PM Modi proactively was working on finding an ordinance resolution. Central Minister Nirmala Sitharaman suggested to the state to issue an ordinance which was done and the law will be made permanent. But now these anti-national forces are trying to come together to target PM Modi, the Central and State government. THINGS HAVE GOT TOO SERIOUS. JALLIKATTU IS NOW THE LAW, LET US TAKE SERIOUS ACTION AGAINST THESE ANTI-NATIONAL FORCES.