“INDIA A NATION OF CRITICIZERS NOT DOERS”, ANUPAM KHER 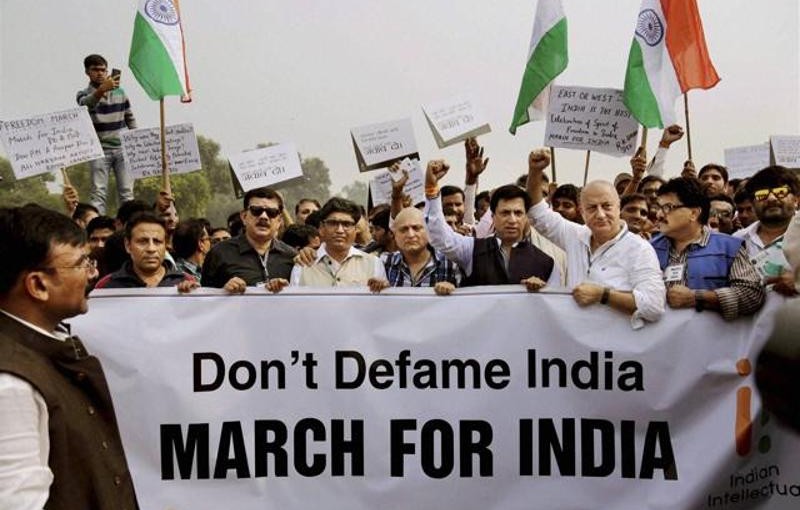 Anupam Kher, the Bollywood actor was awarded the Padma Bhushan, one of India’s highest civilian honor. He went to say thank the millions of his fans. Kher said, “it is a pity we have become a nation of criticizers rather than doers. People should join together in the celebration of my and others successes. How sad is this that instead of celebrating someone’s journey of 31 years, of hardship, of amazing brilliance shown in Indian and world cinema, people criticize them just to draw attention to themselves, I pity them.” Anupam Kher also led a “March for India” was seen as a march against the critics of the government and the award wapsi brigade.