Indian Opposition Collapsing & Disappearing – All Their Own Fault… 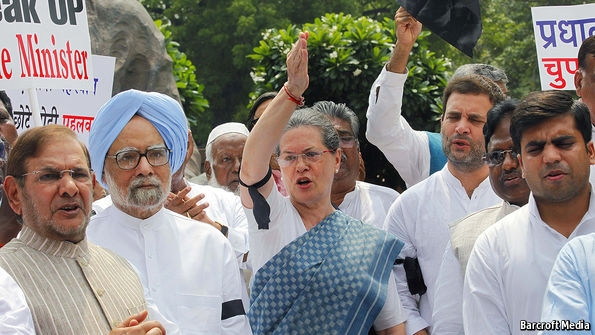 Can you imagine – suddenly western countries, who have enough problems of their own, have started worrying about the collapse and growing irrelevance of our opposition parties. They were champions of the Congress for decades and were really excited about the AAP, but were almost always unfairly and highly critical of the BJP. Why – because BJP represents the dominant majority, are nationalist, want to promote development and reduce corruption. Our opposition is collapsing because – they remain highly corrupt, don’t believe in development, believe in divide and conquer and most importantly want to promote minorities at the great expense of the majority. Added to this, they present no new ideas. So old ideas, old leaders, dynastic and corrupt politics will not work with an inspirational India with growing confidence and impatience, with a youth population that exceeds 65%. So no surprise or tears for opposition parties becoming irrelevant or disappearing…