Kairana, UP – A Scary Place Slowly Moving To Normalcy… 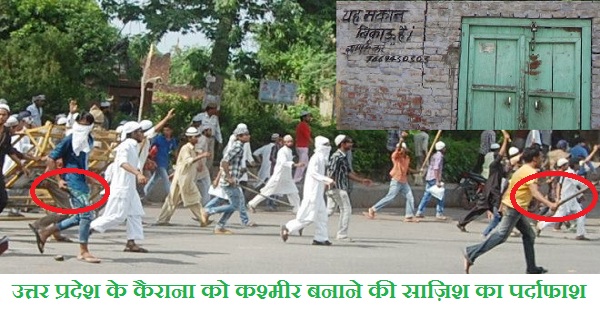 Kairna in UP, which lies north of Delhi and Meerut got its bad name as it was reported that hundreds of Hindu businessman and local population had fled their homes and livelihood due to numerous cold blooded daylight murders of its community by gangs – which naturally sent shock waves. It was also reported that the gangs made up mostly Muslims who targeted almost exclusively Hindu citizens for ransom money, local youths harass young Hindu girls and other crimes. In addition, due to earlier UP governments, these gangs enjoyed political patronage with less fear of police action. Not any more.

It is reported that police under the new government has arrested over 50 criminals and a few of the leaders were killed in police encounters. Normalcy is slowly returning. Further, the adverse demographic mix of the Hindus and Muslims have not helped. This mix which was 52-48% Hindu to Muslim in 2011 is now more than mostly over 92% Muslim. But so what? Why should any Indian have to run from their homes due to lack of personal safety in any community – this certainly does not feel like an India most are familiar with?

Sadly, such events have taken place in Kashmir, continues in Bengal and even in Kerala. Most of our media does it best to hush it up – yet another shock.