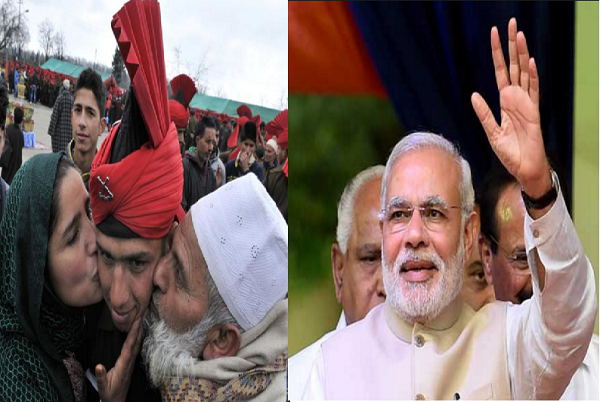 Afzal Rahman, a normal Kashmiri (because he is not part of the 2% who are separtists) says he is a father of 4 and son of aged parents. Like every parent in India and everywhere, I worry about my children’s future. I am a proud Indian and Kashmiri and operate a garment shop in Srinagar. My own son, an aspiring policeman, was paid to join the stone pelters and later was hit in the arm, and my daughter’s school was burnt. Life was very tough and we could neither sleep or eat. But then you announced demonetization of 500 and 1000 rupee notes. Initially we got more scared. But this decision gave us back our lives. There has not been any more stone pelters on the streets or schools being burned, traffic has started moving, shops have opened and there are people in the market with happy faces. My daughter’s board exams were held with over 95% attendance with many happy faces. Given the lock down by separatists for over four months, we Kashmiris are enjoying standing in the bank queues. The separatists are suffering as they had only 500/1000 rupee notes which no one is taking now. So we in Kashmir valley are very happy with this decision.