Long Fight Of Instant Triple Talaq Now Successful, Polygamy Fight Could Be Next… 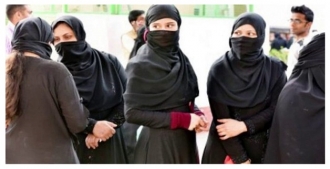 Many brave women and men among the Muslim community and the public at large have fought to ban Triple Talaq. After decades of fighting, and with strong and unequivocal support of the current NDA government, the Supreme Court has banned the Triple Talaq practice and termed it as unconstitutional – and brought great relief to Muslim women. With so many former secular parties and governments even unwilling to discuss this issue, getting social justice within the Muslim community was hard especially due to the stiff resistance by the AIMPLB – the orthodox All India Muslim Personal Law Board. Most current politicians of the Congress Party, Samajwadi, CPM, CPI, JD(U), JD(S), Trinamool Congress, and on and on only wished to support the orthodoxy, even though the practice is banned in 20+ countries. Polygamy in the Muslim community is already being challenged, and some say a favorable judgement could be next with no prediction on timing. With these landmark development, India should move to a Uniform Civil Code that most countries have.