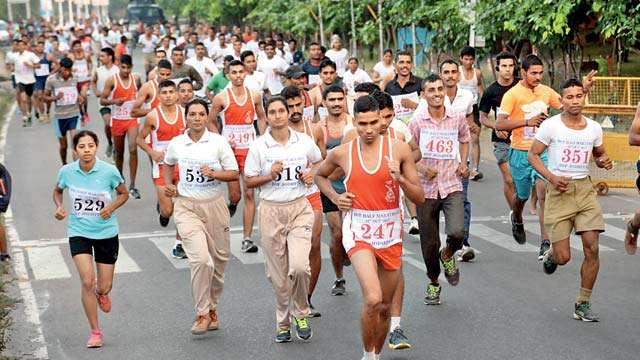 In a first of its kind, the city of Jodhpur organised a 21 km (or half marathon) was to salute the soldiers of the Border Security Force (BSF), and in addition less intense races for children, women and the general public. The BSF monitors the 6,500 km India-Pakistan border along with other divisions of the Indian Army. Additional several thousands of kilometers of border with Bangladesh, Nepal, China and in the North-East are also monitored by the BSF, Indian Army and others. The BSF has seen nearly 2,000 of its soldiers martyred and hundreds more injured. This race was to thank and salute the BSF for their service to the nation, to inspire patriotism and support unity efforts.