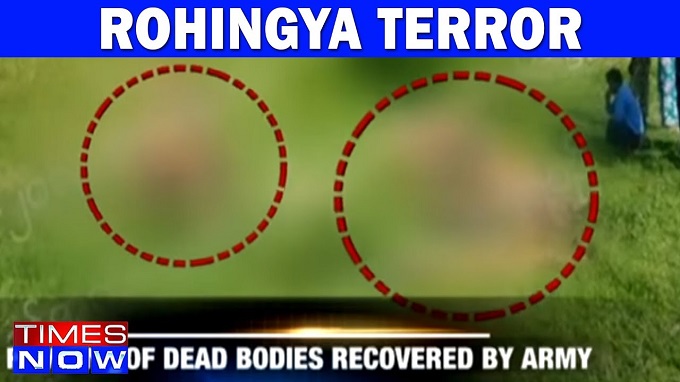 Supreme Court almost came to passing a judgement to ask the Government to not deport the nearly 1 lac Rohingyas Muslims who entered India illegally. This was till Government of India’s lawyer asked them not to pass any judgment due to larger consequences.

Firstly, several people feel that it is not appropriate for the SC to get involved in matters which are in the domain of the executive (the Government of India) and secondly asking this country with so many problems to house illegals only means it would encourage lakhs and millions more to enter India.

Also, Rohingyas – several but not all are involved in terror activities. It is reported that hundreds of bodies of Hindu men, women and children were found near Rohingya villages in Burma, and Indian Army feels it points to Rohingya terror. There are news reports that some Rohingyas have obtained an Aadhar card – and it won’t be long before all somehow get it.