WE MUST CELEBRATE NOT JUST THE ARMY, BUT ALSO THE CENTRAL PARAMILITARY FORCES (CPMFS) 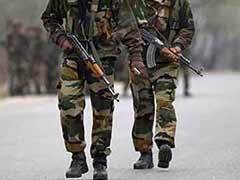 Our CPMFs include the Central Reserve Police Force, the Border Security Force, the Indo-Tibetan Border Police, the Central Industrial Security Force, the Special Security Force, Assam Rifles and the Railway Protection Force are defined as Paramilitary Forces. They who have worked alongside the Indian Army many times – have never let the nation down, be it in fighting the enemy on borders and inside the country by way of countering Maoism, terrorism, militancy, low intensity warfare, Left-wing extremism, guarding of airports, metros, public sector units, atomic power stations. 32 officers & approximately 1,000 men of the CPMFs have made the supreme sacrifice in the line of duty in the past 10 years for the country, along with more than 7,500 men have sustained serious injuries in various operations. Yet these brave men are not treated as martyrs when it comes to the grant of financial benefits. THIS MUST CHANGE.